THE SHIFT HAS HIT THE FAN, WHY I AM NO LONGER A LIGHTWORKER

awesome article and so true now for my response and why YOU should click the link to the article referred to IF YOU ARE into spiritual philosophy as much as I am, and not just some dumb bandwagon cheerleader led by blind faith because it makes you feel good by forgetting about life for a few wretched moments in your life …… fuck the indigo starseeds who are aliens who get fucked by aliens!!! 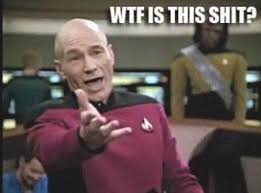 these lightworker aliens are NOT WORKING FROM a pure space of LOVE – their heart chakra is totally fucked up with alien slime. [pun intended – the heart chakra is supposed to be green, the place where LOVE RADIATES….this anti-materialism thing they got going on, and teaching people how to escape reality rather than facing it, is not working for me…and does not radiate love but self-destruction…leading people with bullshit and lies down the stairwell to hell] 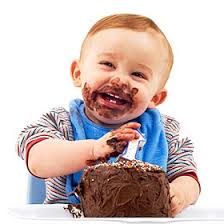 THINKING IT WOULD KEEP YOU AFLOAT WHILE YOU ARE SILENTLY SINKING YOUR OWN SHIP(T)!!!

I read an article that made sense, describing the psychology behind the braindead groupies of the various new age “gurus and cult leaders” in the new age community:

EMPATHS ARE NATURAL TARGETS FOR SOCIOPATHS – HOW TO PROTECT YOURSELF

The trick it seems is to understand their hive minded behaviour, to understand who calls the shots and who [or rather what type of people] act as enablers for the swindling.

First you get the twisted SOCIOPATHIC and/or narcissistic wannabe leader – who flatter people with bullshit, and then you get the APATHETIC morons who follow the cult leader in a braindead-like manner.

What the sociopath does is to pit his/her puppies (pets/followers) against the empath (YOU the SKEPTIC), to turn everything against the ONE WHO POSES A THREAT to their braindead community – then I don’t know if the faggot bitch gives them cookies or doggie treats afterwards, when they successfully removed the threat via online flagging, reporting and harassment.

You get the picture….

a few picture quotes to describe how I feel about the overall new age/otherkin community online:

This is how the new age cunts operate:

Take  a look at this otherkin going on about how he is not only a lizard but also a “cisgender” which means to him that he is a girl trapped in a male’s body found on reddit:

So I went to go and do some digging, always seeing the term “cisgendered” on tumblr, and it just so happens that this guy totally messed up the definition of cisgender….it does NOT MEAN TRANSGENDER at all…..

So this guy goes on tumblr throwing his little tantrum about how he wants to be a girl AND HOW HE IS SUPPOSEDLY CISGENDERED.

i am like WTF?
Not only did he LABEL himself wrongly as with regards to what gender he claims to be…. but he also goes so far as to calling himself a LIZARD…probably to make himself sound smarter…
I mean you cannot be seen as dumb if you use big words to identify your gender such as  “cisgender” while at the same time you want to show off some incredible snake power?! No!?
To me this is just attention whoring going totally wrong – not only does he identify with a phallic symbol such as a snake to identify his IDENTITY, while he hates his penis at the same time but he also seems to be totally oblivious [ignorant of] to the fact about how ridiculous it makes him look online.
Lizards are supposed to be smart, endowed with wisdom….I can honestly say that this one stood at the far end of the line when this divine gift was getting bestowed on children.
*shakes head*
I can understand that he is a teen going through some rough times…..but to write something about yourself while not validating the meaning thereof first just makes you come off as an ignorant and desperate little attention hoe…you see they write this shit on the internet so that people can pity them….then they get a few comments or so from people who tell them how sorry they are for getting treated so badly for being misunderstood, and then they feel better only for a few seconds – unfortunately those “friends” who give him the attention he craves, the quick fix, to his problems, does NOT HELP HIM in the long run….. it is almost as if all otherkin are not there to seek help, they are just there to be drama queens….they don’t want people to help them either….they are lost in their little worlds…and prefer it that way, because the reality of the situation is too difficult for them to cope with at that moment…and i am afraid some “otherkin” never grow up, nor attain wisdom, because they simply cannot face themselves…
I can tell you one thing about the otherkin I MET, they are NOT WISE or spiritual seekers, they are simply superficial attention seekers… and they don’t care how bad it makes them look, as long as they get their “fix” of equally deluded groupies cheering them on in their misguided mischief and wickedness.
Is the guy too much of a pussy to face his problems in real life, is that why he hates having a dick because it reminds him of being a man and facing up to reality and just dealing with shit before it totally wrecks your life?!

Today I was thinking again….not particularly hard…but the point is that after getting my account suspended by some stupid site that support autistic people to run havoc with their imagination while true seekers suffer thereunder – I realized that trolling otherkin was becoming a boring onilne past time activity for me.

Somehow it just clicked that no matter how you approach them, due to their closed-minded mindset the response will always be the same, and you will always end up being labeled as the evil hater that needs to be flagged and reported due to infiltrating their “ever so peaceful community” [pun intended, if you know anything about the otherkin community you will know that they lack inner peace and they are full of shit].

I also realized that the otherkin thing on the internet has become some type of  irritating cliché – a game that they think will never lose its appeal.

To me the game has indeed lost its appeal…they fail to impress me but somehow still piss me off..so if I am still pissed off at them, is it a SIGN that I am truly letting go of this? Yes there are some otherkin trolls that really provoked me really setting me off onto a quest to destroy their image on the internet…….but as some other otherkin troll taught me [being ironic enough] – “DON’T DO ANYTHING,  BE UNDISTURBED, TRUE CHARACTER ALWAYS PROVES ITSELF IN THE END, WITH OR WITHOUT YOUR HELP”. In fact they are already on a self-destructive path which is at work without my initiation and/or support.

The otherkin community in general has not succeeded in getting worshiped as the special kings and queens they believe themselves to be – instead they got met with intolerant opposition. Was it justified? It can be seen as justified when they got up the noses of all the wrong people….and in the most deceitful way possible.

I further noticed that there is no real spiritual growth in the otherkin communities, because those who call themselves teachers are drunk on narcissism and self-serving practices.  Which means anyone joining that pathetic group of people, turn out to be emotionally and spiritually stunted in their growth process…they get stuck on their spiritual path…and some like it there, because being locked in a comfort zone presents less challenges to overcome and the minimum lessons to learn.  So if they are faced with real life issues, they would have a difficult time to cope with it. Online they are still in their safe zone…but offline, they cannot cope with any situation in a emotionally mature way due to the temporary suspension of their growth period being stuck in the otherkin community – AKA the faculty of the retarded attention seekers committee.

Feeding the trolls who are NOT WILLING TO GROW spiritually also keeps them in that UNEDUCATED VEGETATIVE STATE OF MIND….AND IT FURTHER STUNTS Your own spiritual growth.

I have read more and meditated more in these past few days…which would not have been the case if I INSTEAD WASTED MY TIME BY GOING TO THAT FUCKED UP FORUM TO troll the shit out of the otherkin retards TO PASS MY TIME.

I have learned about “time management” and productive thought processes…and how to keep yourself in check – maybe the suspension of my account was necessary to make me realise – how much time one can waste, by devoting your time and energy to a bunch of morons on the internet, who take what you can give for granted.

All in all, I let them know – that I just don’t give a fuck any more about them – I do not care if someone gets hurt falling for their shit no more…because if you try to help them to look away from such practices/beliefs, then you are called the troll and hater…… So I am down to respecting people’s freewill then, yes maybe that is what letting go is all about – I AM NOT RESPONSIBLE FOR THE CHOICES other arseholes make in their life…….everyone needs to be responsible for their own actions and how that affects them. I am no one’s teacher……….everyone needs to think for themselves. Let’s face it if it weren’t for being harassed by otherkin individuals, I would have never evolved spiritually to where I am now….maybe those who get conned need to go through it, to understand the things I do now, but I fear there are some people that simply lack the ability to overcome such disappointment to make something good out of it or to attach a lesson to it…and of course some never end up disappointed because the illusion is just too good for them to leave, therefore they cannot live without it…and how do they grow if they never snap out of it?